When Oñate and the first Hispano families arrived in Nuevo Mexico in 1598, the world of the first Americans changed forever. The next four hundred years of cultural conflict, compromise, intermarriage, and peaceful co-existence have forged a unique Indo-Hispano character and culture that defines the Nuevo Mexicana today. The true history of New Mexico is embodied in the daily struggles for existence of the countless and often nameless men, women and children who came to this isolated part of the world and clung tenaciously to it for four centuries.

A large caravan was assembled at Compostela, Mexico in January 1598. The expedition consisted of 200 soldier-colonists, many with their wives and families, nine Franciscan priests, several hundred Indian servants and allies, and thousands of heads of livestock. They advanced slowly towards the Rio Grande, stopping at Indian settlements along the way and celebrating a day of thanksgiving at present-day El Paso del Norte in April 1598.

On July 11, 1598, a scouting party arrived at the village of Ohkay Owingeh, located at the confluence of the Rio Grande and Rio Chama. Here the expedition stopped, renamed the village San Juan de los Caballeros, and thus Oñate and his companions established the first Spanish capital in New Mexico.

Gaspar Perez de Villagra, New Mexico’s first historian, documented this important event in United States history in his book entitled: Historia de Nuevo Mexico, published in 1610. This eyewitness account documents the early beginnings of Hispanic New Mexico. This same history is often overlooked in American history books and it is frequently absent from the pages of books that claim to tell the history of the Hispano experience in Northern New Spain.

The time spent building La Iglesia de Santa Cruz de la Cañada (dates of construction: 1733-1748) during the colonial period (1598-1821) was, “one of the longest on record in New Mexico,” according to architectural historian George Kubler. Twelve years after the completion of the church, Bishop Pedro Lama ron y Romera I. of the Archdiocese of Durango, made an official visit to inspect the mission. His less than enthusiastic comment recorded in the official diary was, “the church in Santa Cruz is large, but has little adornment.” 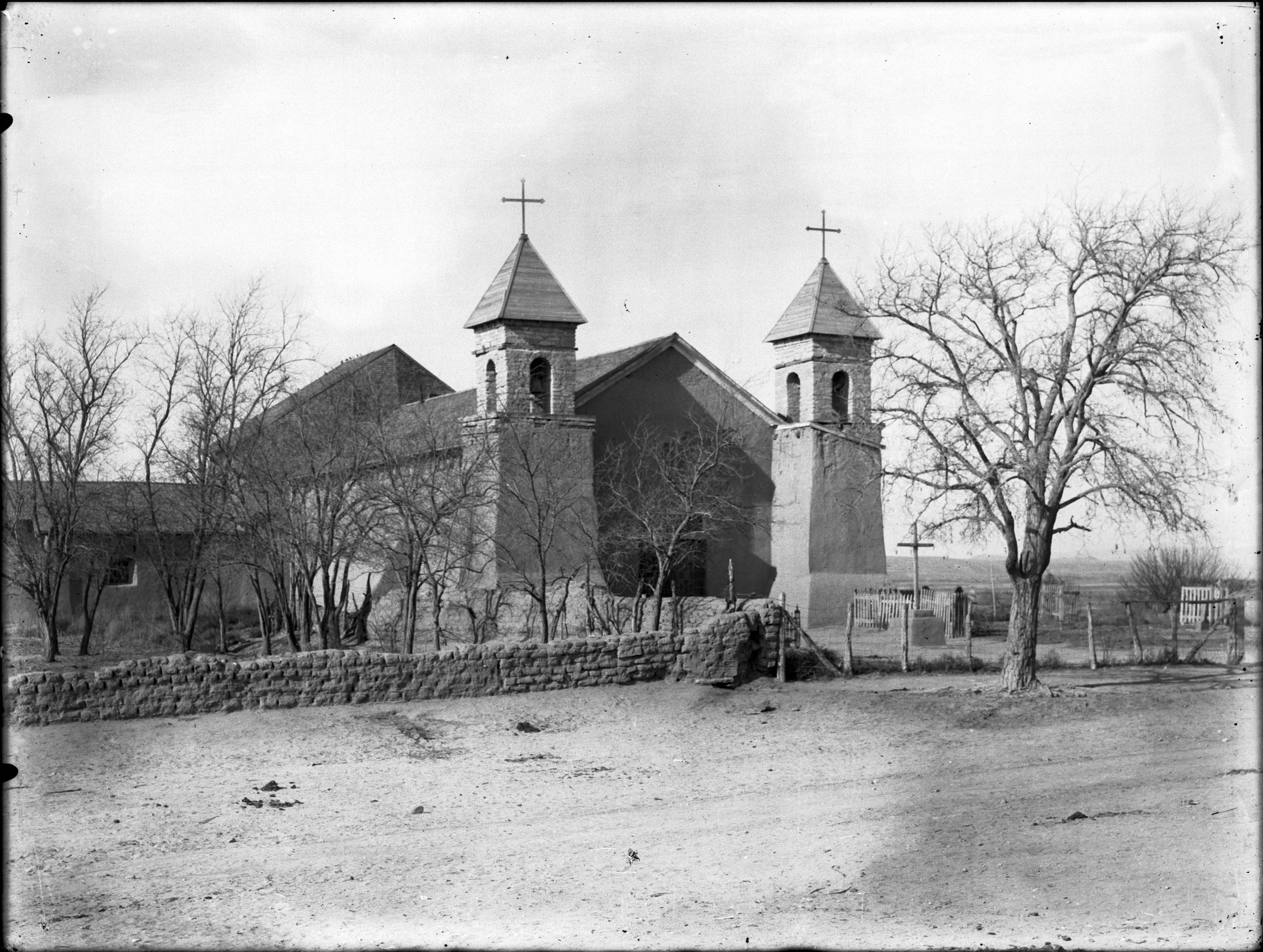 Tamaron’s early observation has changed dramatically over the centuries. Today, Santa Cruz de la Cañada is known worldwide for its magnificent religious art and for its unique colonial architectural style.

An excellent example of the religious art found inside this church is the Santo known as “Jesus Nazareno y los Dedos que le Faltan” (Jesus of Nazareth and his missing fingers). This Santo, created by Jose Rafael Aragon, generates a powerful presence inside the church. Christ’s hands are tied, symbolizing the scene when Pontius Pilate condemned him to death. Two fingers are missing from the left hand of the statue.

This Santo has been given credit for many miracles over the generations and according to many long-time parishioners, the missing fingers are the key to these miraculous occurrences.

Fray Andres Garcia, a Franciscan priest, also carved and painted religious art while he served the church at Santa Cruz. His most distinguished work is El Santo Entierro, which is still prominently displayed inside the church on the south side of the nave. The painting you see in the upper left of this reredos depicts the church at Santa Cruz as it was constructed in the mid-18th century, taken from an official photo dated 1870.

In the last quarter of the 19th century, the church exterior underwent numerous changes. By about 1880, the present doors to the church had been built by Guadalupe Garduño of Nambe. In 1897, a pitched roof covered with wood shingles was added to protect the integrity of the original adobe walls.

Completed in the late 1980s under the guidance of the Holy Cross Parish Restoration Committee, the historical preservation of the mission church is one of the most successful in the Archdiocese of Santa Fe. 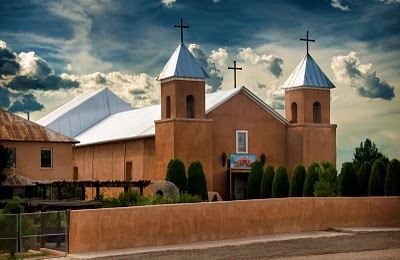